It’s not hard to find the walled city but it’s a far 20 minutes walk on heels. We headed here after the 8am ceremony on Rizal Park for the celebration of 118th Philippine Independence Day.

There is a store right after the gate for refreshments and some souvenir shop of paintings, native handicrafts, tshirts, etc. We decided to take a break in that store when I saw and found Manong’s kalesa charming. And his costume is, too! The horse looked healthy unlike the ones outside of Intramuros or the ones in Baguio. I figured out the Php300 ride to take us round the walls then back again to Fort Santiago may be worth it. And it is!

After about 15 minutes, we were back at Fort Santiago.

We saw a number of souvenir shops and restaurants along the way, saw glimpse of CBCP Office up close, located Manila Cathedral and were at awe at how huge it is in person. We saw religious teenage boys in costume(?) or in their religious habit(?) of brown loose cowl and belt. For a moment it surely felt like the 1800s.There were offers of less- or more expensive tours, some with guides and some were through pedicabs. Up to you to decide which suits you best.

“Is this it?!!” was my reaction upon seeing the wall behind the carriage on above photo. This is where some Filipino films were taken and I can understand why. It’s picturesque.

Below are some snippets of our educational trip of Rizal Museum inside Fort Santiago which is inside Intramuros. I had to explain that to my probinsyana self. 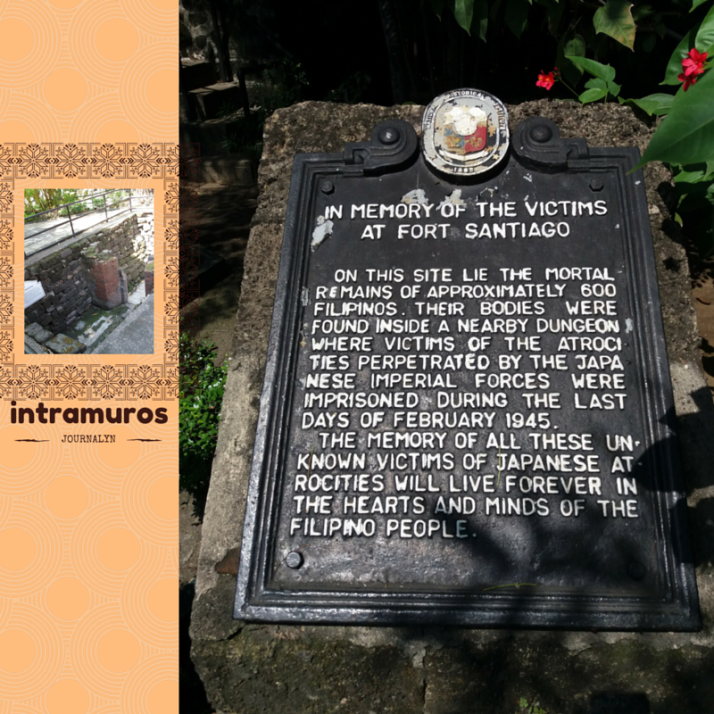 This is heroic if not holy ground. I can imagine what tortures our soldiers went through. I just can’t imagine their pain. More so, I can’t imagine it happening to someone I actually know. I am a fan of Rizal. He’s a very interesting man who lived an extraordinary life. For foreigners who have heard of him for the first time or for Filipinos who have known him all their lives, this museum is worth a visit.

Rizal was a writer with works that inspired the revolution and changed the course of our history. The pen is indeed mightier than the sword. #inspired

Josephine Bracken, Rizal’s wife and a woman of her own,I am sure,though it’s not publicly announced in what ways.

The one face of Rizal in numerous frames. The real thing! Noli Me Tangere in its original cover, in Spanish, and which is not a high school textbook. We managed to hear 11AM English Mass in Manila Cathedral. This is by far the largest church I’ve been into. Immaculate Concepcion, like in Malolos Cathedral is their patron.

Foreigners seem to be more interested in Intramuros  judging by the number of Koreans and westerners vs. Filipinos on that day. One good reason, though, why we should look back at the past is because experience is not a very good teacher. Reflected experiences are. Collectively, Filipinos has this tendency to be forgetful. We do not learn despite the rich sources of heroism on our history pages. We even managed to forget completely who we really are as a nation. If only we value our heritage, the lives of our ancestors and their sacrifices, no one would even dare spit on the same streets where battles were once waged for our sake. Greatness runs in our veins. To unleash it is seems to be the really hard quest.

One thought on “Intramuros”